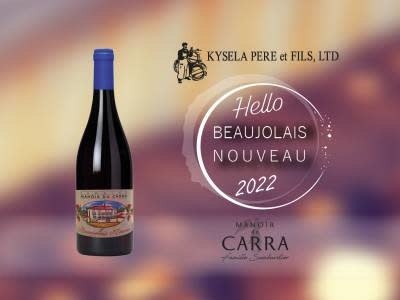 Beaujolais Nouveau Day is the third Thursday in November. Under French law, the wine is released at 12:01 a.m., just weeks after the wine's grapes have been harvested. France celebrates the occasion with fireworks, music and festivals. Parties are held throughout the country and other parts of the world to celebrate the first wine of the season.

The wine originated about a century ago as a 'vin de l'année' - a cheap and cheerful drink produced by locals to celebrate the end of the harvest season. The Beaujolais AOC was established in 1937, and after WWII the wine was sold outside of the area. By the 1970's, Beaujolais Nouveau day was a national event.
The region of Beaujolais is 34 miles long from north to south, and 7 to 9 miles wide. There are nearly 4,000 grape growers who make their living in this picturesque region just north of France's third largest city, Lyon.

The Gamay grapes that go into Beaujolais Nouveau are handpicked, as are all the grapes in the Beaujolais. Beaujolais & Champagne are the only vineyards where hand harvesting is mandatory. Gamay (Gamay noir Jus Blanc) is the only grape permitted for Beaujolais.

Nouveau is made with carbonic maceration, or whole-berry fermentation. This technique preserves the fresh, fruity quality of the grapes without extracting bitter tannins from the grape skins. The result is an easy-drinking, cherry-red, tasty, clean wine that is best served chilled. Beaujolais Nouveau is meant to be consumed young, within 5-7 months. 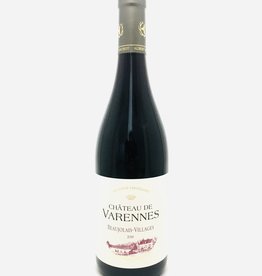 Maison Albert Bichot Château de Varennes Beaujolais-Villages AOC France 2018
100% Gamay. The nose is both fine and intense with violets, and Peony with fruity notes of raspberry and blackcurrant. The palate is refreshing, fleshy, and full bodied with ripe fruity notes with a long finish. 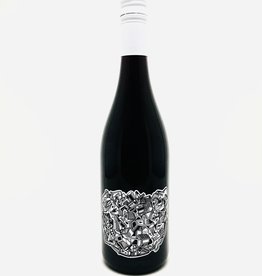 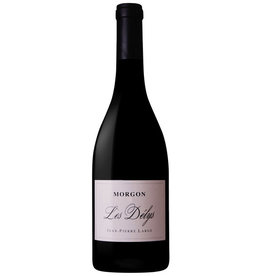 Domaine Jean-Pierre Large "Les Delys" Morgon Beaujolais France 2019
100% Gamay. Aromas of blue fruit and freshness. A very concentrated and firmly structured Morgon that has clearly been modeled on top Burgundian reds. There is a Pinot Noir-esque depth and complexity. Quite smoky, but also a lot of red-beet, wet-earth and